Out of the Attic 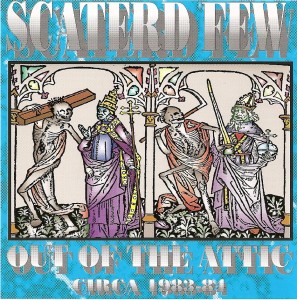 Included on this disk are rehearsals, tracks 3-5, recorded in April 1983, and live shows, recorded in January and May of 1984, that never were intended to be released.

My favorite portions of the disk are the studio recordings we did in June of 1983 with Terry Taylor as our producer.  That album’s recording has never seen the light of day except for tracks 6-11 on this disk.

As a final note on this CD, all the the bass played on these recordings were played on a fretted bass.  This was before I began to play fretless exclusively.